Join us for a unique & wonderful two day weekend of insight, connection & enlightenment, as an experiential answer to life’s deeper questions.

We’re super excited to announce that for the first time in over three years we will host a Big Glow Retreat in the United States: The Big Glow Retreat: Awaken to Sovereignty.

The retreat is Sept. 17 -18, 2022 (with optional pre glow and after glow activities before and after the retreat) at a powerful, retreat center in the spectacular Blue Ridge Mountains outside Black Mountain, North Carolina. 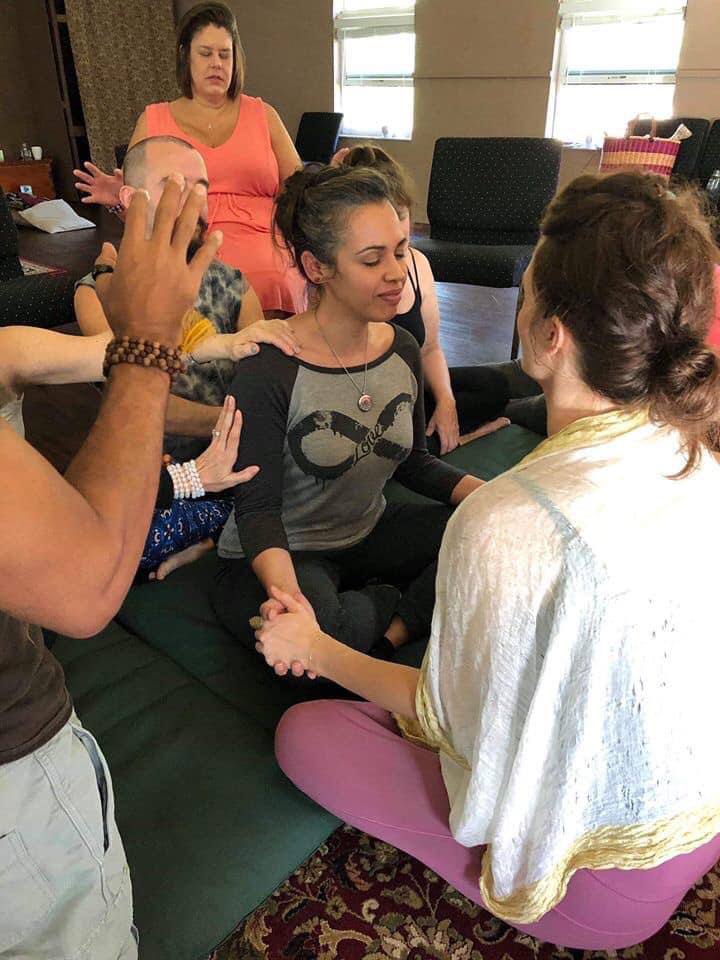 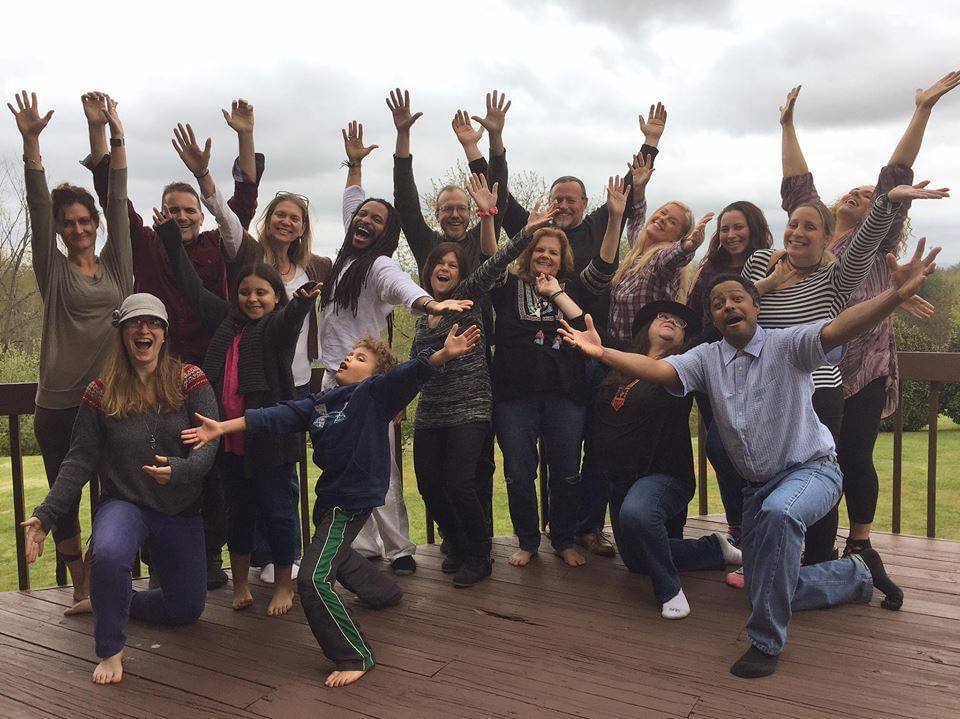 about the big glow retreats

John & Kathy Stringer  (Healing Arts Management founders) are grateful to have partnered with Brian Piergrossi (The Big Glow Retreats founder) & Annie Marie on many successful retreats & events and know this one will be equally or even more incredible!

The Big Glow Retreat is a co-creative experience. It is a group experiment in awakening to the conscious potential of each moment. An opportunity to relax and open up to a deeper level of authenticity, clarity, purpose and connection.

There is plenty of solitary space for silent contemplation and meditation, as well as a weekend filled with many unexpected miracles and inspirational moments.

Brian Piergrossi founded the Big Glow Retreats in 2006 and has since held over a hundred retreats all over the world.

After a three year hiatus, we’re back!

The Big Glow retreats are a unique, wonderful weekend or more of insight, connection and enlightenment, as an experiential answer to life’s deeper questions. The intention of these unique retreats is to come together with others on a path of living more consciously, with greater self-awareness, and open-heartedness, in every aspect of our lives for greater well-being in oneself and the world at large.

A supportive, inspiring, intimate space of natural beauty is provided to come together as a community with others to transform ourselves, our future and our world, in a positive way.

Join us for a weekend long, unique, evolving exploration, experiential exercise, and inquiry into what it means to live fully, present and alive to each moment, ever more deeply moving into the vast power of this Now, free from the burdens, and anxieties, of past and future.

Watch a Video as retreat facilitators Brian Piergrossi & John Stringer answer the questions “What are the Big Glow Retreats & why do we do them?

I have attended multiple Big Glow retreats with Brian, and in each, I experienced co-creating an intentional, spiritual community with other participants, deep connections with others, and new insights into my own being. The retreat environment calls forth and nurtures my highest self, helps me release negatives and ideas of self-limitation, embrace my potential, and find new wellsprings of joy inside myself.

I had the privilege of doing one of these retreats. I was floored and amazed by the information I received. This was the first time I have gotten what I call Universal Truth guidance and some of it changed my understanding forever!

The Big Glow retreat experience is a living symphony composed of various heart opening movements or phases. Each movement is grounded in the expressed intention of the group, and galvanized through presence, into the effortless unfolding of each magical now. Every individual works as one aspect of the whole and simultaneously co-creates, witnesses, and participates in the full expression of each movement as it arises. As the group collectively travels through, and reflects upon each movement, it gains a deeper awareness of itself, and transforms into something completely new.

The Big Glow Retreat is a co-creative experience. It is a group experiment in awakening to the conscious potential of each moment. An opportunity to relax and open up to a deeper level of authenticity, clarity, purpose and connection.

Come ready and open to share your unique gifts and wisdom and receive the gifts of others on the path. Come with the intention to create one of the most incredible weekends of your life!

Register to reserve your spot and enjoy:

There’s nothing more powerful than a small group of friends laughing together, singing together, dancing together, creating projects together, and exploring the deepest questions of life together, that raise the vibration of the collective and summon a greater love & empowered purpose into being.

Enjoy our Big Glow video from one of our previous retreats in the Blue Ridge Mountains, featuring “You Are Welcome Here” by John Stringer.

We are the ones we’ve been waiting for!
Registration is non-refundable but can be used toward future retreats. Limited space available.

*Meals & lodging are not provided by us for this retreat .. however both are available on site (see FAQs below).

We’ve put together a list of frequently asked questions below to provide you with as much information as possible to help you enjoy this retreat.  Of course, if you don’t see the question you have, send it to us here and we’ll be glad to help.

Where & how do I book lodging?

If you plan to stay on site for the retreat, please call or email the retreat center ASAP. They have limited space:

Here are the accommodations they offer:
https://www.christmount.org/lodging

*PLEASE note they only have the following available during our retreat and their prices are based on a sliding scale. You decide what you are comfortable paying based on the prices below:

What do I do for meals?

MEALS: The food the retreat center offers is buffet style and the cost will range between $9 for breakfast and up to $13 or $14 for lunch and dinner and that includes a beverage.

Brian, Annie, John & Kathy, will be facilitating events during the retreat & there will be smaller group circles each day as well.  We invite you to learn a little more about your facilitators here: 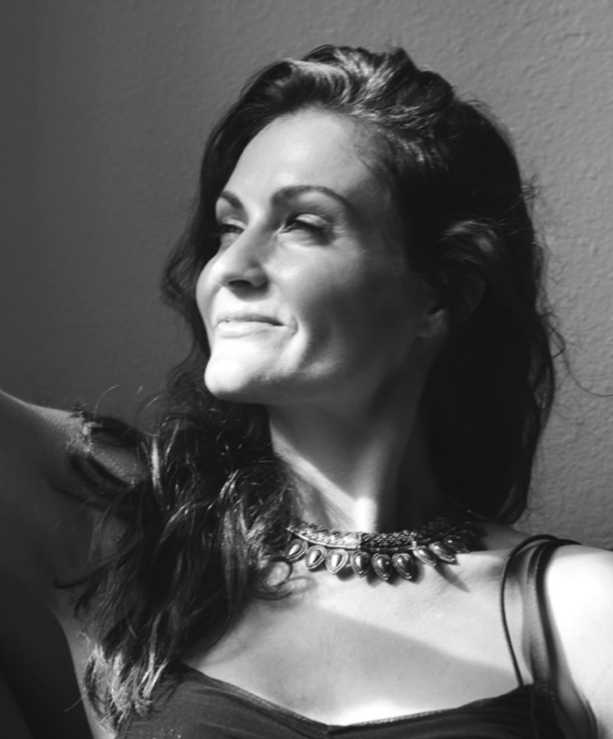 Annie Marie is a soul guide and an alchemical healer and teacher. Annie weaves together a potent blend of Breathwork, Reiki, and Yoga helping her clients unwind multi-layered subconscious blocks on the road to somatic healing. A dedicated practitioner of the healing arts for 20 years, Annie’s approach is informed by some of the most well-known heart-led teachers of our time. Her formal training includes over 500 hours of training in Anusara yoga and extensive study in Iyengar, Vinyasa and Kundalini Yoga. Annie also holds the highest certifications as a Certified Clarity & Rebirthing Breathwork practitioner and Reiki Master More at: www.annie-marie.com 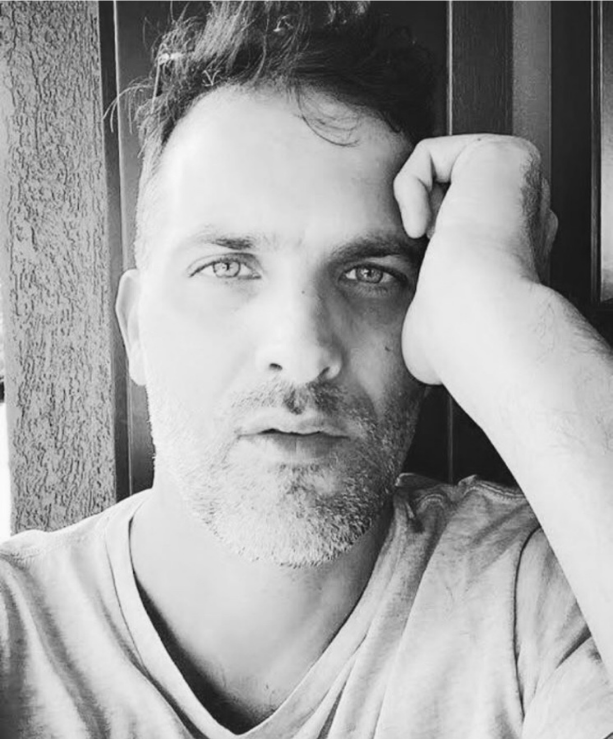 Brian Piergrossi is the founder of the Big Glow Retreats, and has facilitated over a hundred retreats around the world during the past 16 years.

Brian Piergrossi is the Author of The Big Glow and The Wow of the Now, Life Coach, Retreat Facilitator & Meditation Teacher, Healer & Breathworker.

At the age of 20 years old, Brian was suddenly struck by a mysterious, debilitating illness, later labeled chronic fatigue syndrome, that lasted for years, leaving him in intense, daily, physical pain and too weak to effectively function in society.

When no medical or other authority figure could explain the suffering that was happening to him, Brian made it his life commitment to inquire into human suffering. What began was over 11 years of committed, serious inquiry, study and personal application into the fields of spirituality, religion, psychology, sociology, cosmology, ecology, health, arts, science, yoga, as well as the core of the enlightenment and self-realization teachings.

Since that time, Brian has dedicated himself full time, professionally, and privately, to supporting the path of transformation, spiritual liberation and Self-Realization in individuals, families and communities around the world.

His highly acclaimed books and the viral internet sensation ‘Love is the New Religion/Spiritual Conspiracy’ continue to inspire new readers worldwide. He works one on one, by phone, and in person, with personal life coaching clients from around the world of all walks of life. He leads transformative Big Glow retreats, classes and workshops internationally. Brian has shared his message as a featured guest on numerous radio and television programs. He has lectured at colleges, schools, festivals, expos and conferences. His online writings are shared to thousands of readers worldwide each day. He’s written cutting-edge articles for spiritual magazines.

With the unrelenting sole intention of educating and facilitating the awakening of consciousness and creating the New Earth inside individuals and communities around the world,

Brian Piergrossi is an integrated voice of awakened spirituality, holistic wellness, & sovereignty, for a growing population around the world.

“When the pillars of my limited mind collapsed, the roof caved in and I could take in the beauty of the stars.” -Brian Piergrossi 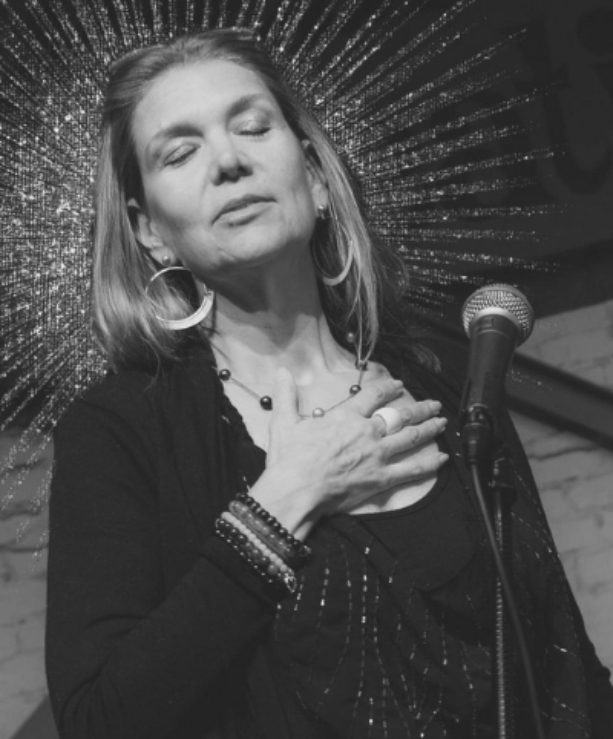 Kathy Stringer has spent the last 20+ years of her life focused on combining her desire to support and help artists succeed in their chosen career path with her love of music and her inner knowing that the power of music can assist all in creating the life of their dreams. She graduated with a Bachelor of Science in Music Management from Ga State University in 1998 and has expressed her passions through various roles, including: artist management, as Conference Manager for the Atlantis Music Conference, as a member of the Board of Governors for the Recording Academy Atlanta Chapter, as VP of Management Division for PolyPlat Records, producing retreats & events and many other outlets.
In 2015 she began co-managing and booking her husband, John Stringer, as he traveled extensively speaking and playing at concerts, colleges/universities, workshops, spiritual centers, churches, conferences, retreats and festivals while sharing his uplifting and healing music and message through songs from his debut solo album, “Limitless Love & Light;” his follow up album, “Moment to Moment;” and channeled teachings found in his new book, The Abundance Vibration: A Guide to Alignment. Currently she and John own and operate Healing Arts Management where they represent Billboard charting, award-winning, platinum-selling musicians, authors and speakers who are raising the vibration of the world with their passion and message. They also plan and produce many transformative retreats together, including the Conscious Songwriting Retreat which allows conscious & positive music songwriters to come together to inspire each other and co-create songs through tapping into their inner genius. 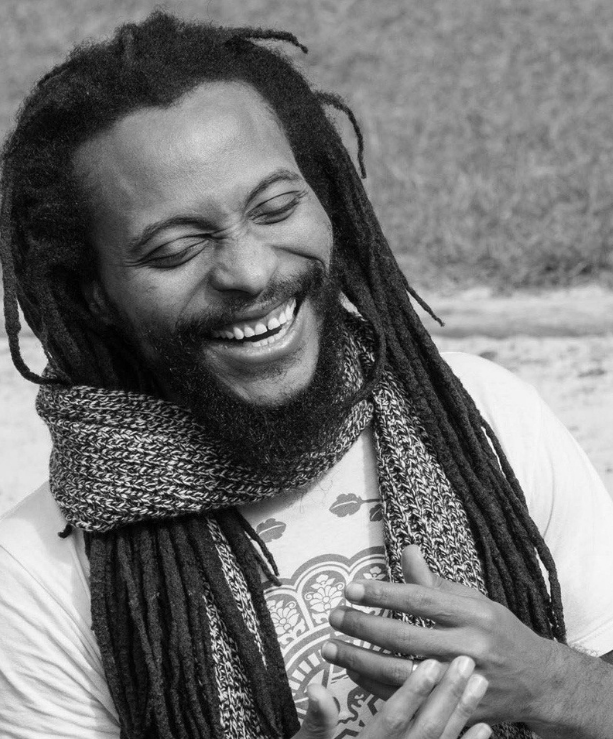 He began channeling with his wife, Kathy Stringer, in 2008, using the practice daily for their own personal guidance and eventually sharing guidance anonymously on a now non-existent website for a few years. When Kathy and John first asked the name of the collective consciousness (or guides) he initially channeled, the simple reply was: “I am Reality and I am Love. Yes. My name is less important than your focus on what I bring.” Over time, the guides helped him realize how to align with Source so that he channels from his Higher Self / Divine intelligence. John aligns to speak publicly, write music & lyrics; serve others in group, remote & one-on-one channeling sessions; and write content for his websites and books that share the teachings he continues to receive.

He travels extensively, speaking and playing at conferences, retreats, concerts, colleges/universities, workshops, spiritual centers, churches, and festivals while sharing his uplifting and healing music and message through songs from both his debut solo album, “Limitless Love & Light,” which features the 2017 Posi Award-nominated song, “That’s Love;” and his follow up album, “Moment to Moment;” along with channeled teachings found in his book, The Abundance Vibration: A Guide to Alignment.

STAY UP TO DATE

Sign up to find out about our upcoming events, podcasts, courses and more and receive discounts and advance notice!

READY TO JOURNEY TOGETHER? 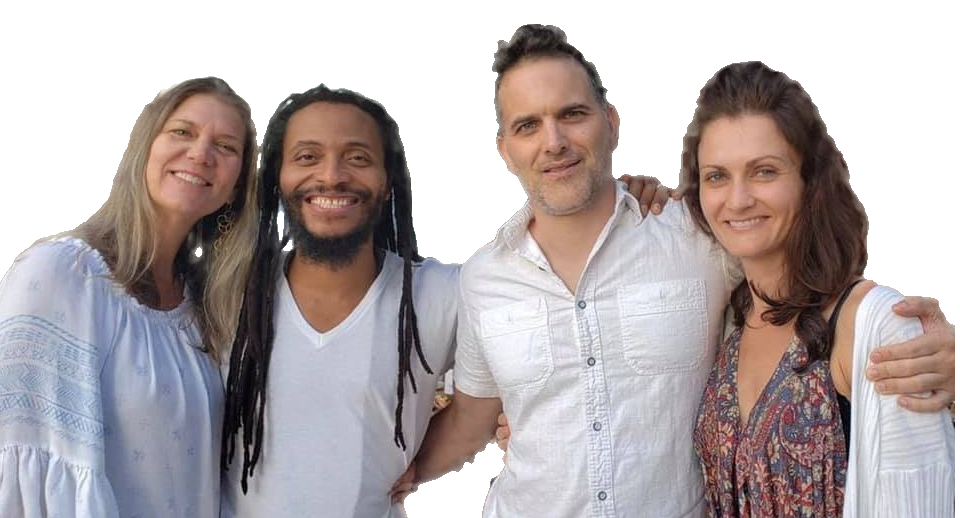